Time to buy some lottery tickets. But which one to buy? In case you’re wondering, I bought all of them. Thats right: I bought from each lottery exactly one ticket. This resulted in small stack of paper, promising a chance of beautiful (and not so beautiful prizes). What does a lottery ticket mean? How big are the chances of winning? And what tickets should you buy? Here is your chance to find out. 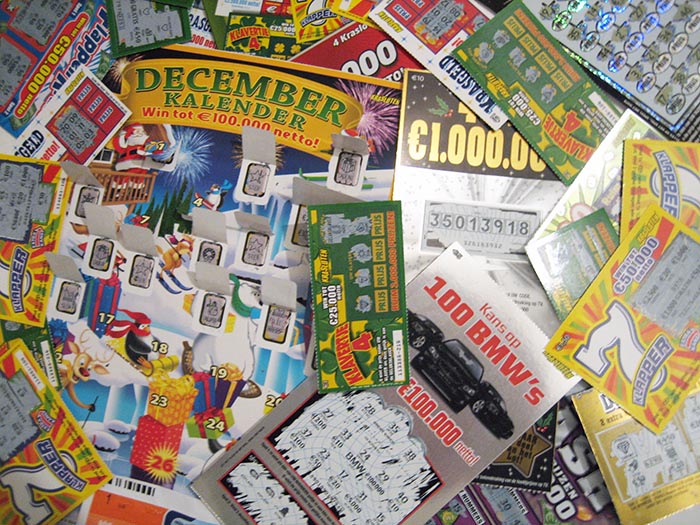 The value of a lottery ticket is reflected in the design and paper-size. More expensive tickets use more paper and look prettier. In this case the most appealing one is the Half-a-million ticket. This one uses holographic reflecting diamonds; giving the paper the feel of being something more valuable then just paper. Other appealing tickets are 40×1.000.000 but most noticeably the December calendar; which is in the style of an advent calendar. The gallery below are the actual tickets I bought in November. 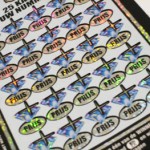 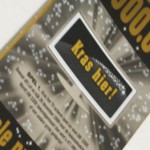 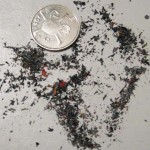 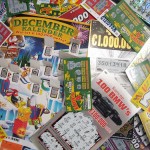 Suppose I’m a lucky man… The chance of that happening isn’t one to speak of, but my greed and imagination does wish to think it happens. In case all tickets are winning ones, the sum of money would be 1.927.000 euros from Krasloten and 27.5 million from Staatsloterij.

But okey, let’s be realistic. Winning is nice, but that doesn’t make it profitable; is there any chance of gaining some profit?

Dutch lottery companies are required to publish the prize-schemes and all associated data to the public. So, what is the chance of winning something that is of higher value than the ticket itself? I call this the “Chance of Profit”. Another valuable number is the “Change of Jackpot”; this is the percentage of winning the jackpot. Since the odds are so small, the more commercial value “Tickets per Jackpot” is added. The state lottery is very obscure about its numbers unfortunately; it does however publish its balance sheet.

* Total number of tickets for the new-years lottery is 34.2 * 100.000. Other complexities such as 1/5th tickets might or might not be part of that number. The chance to win depends on sales. This article uses a sales percentage of 100%.

So, with this knowledge in the back of my head, it’s time to start scratching. Scratch scratch…

Before my thumbs started to bleed I found a guilder (dutch coin) for scratching. In total I won €10 on the half-a-million and a free ticket on a 7-klapper.

A few years ago i dreamt that when I had a lottery, I would massively increase the chance of winning a substantial amount of money. This day has happened with the introduction of the 40 x 1.000.000! This one has the highest chance of passing the magical boundary of becoming a ‘millionaire’. Even though the actual prize is 710.000, it’s still the best chance to win a substantial amount of money.

The most exciting lot to open was the Mega Cash; it has the most numbers to look for and a lot of rows that could contain your winning number. Scratching them open without revealing the prize also increases the tension. For the amount of play value, this is the best one. This one also has the highest percentage of profit.

While the chance to win a lot of money on the 40 x 1.000.000 is high, its also a very dull ticket. There is only one area to scratch open; this reveals a code. Checking this code requires a wait, a recent newspaper or an internet connection. Inside the document with the winning numbers is a short list with just 10 numbers; its easy. The ticket also provides an extra game, which is a cheap knockoff in comparison to winning a million. Given that this is the highest chance to win such an amount its still fair.

The smaller tickets, as the BMW ticket, disappointed. The smaller ones do provide a quick fix, but don’t deliver the tension/price ratio Mega Cash does. The BMW ticket is something you buy if you need a BMW (a 33.325 value); it has limited numbers (half of mega cash) and an extra game. The BMW ticket has the poorest profit chance, and I just don’t like the car.

Warning: The numbers in this article have been manually taken from the original documents and may contain errors. For any factual numbering, review the krasloten/state lottery website. The state lottery has been contacted about the amount of prizes in their November 2009 lottery, if this mail gets response i’ll change this article accordingly. Dayzers and lotto have been omitted in this test; this only focusses on instant lottery and state lottery.