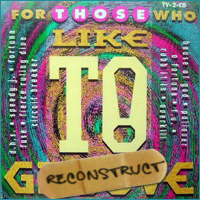 4 thoughts on “For Those Who Like to Reconstruct: Eugenio”