Ever drove that same car at 2 am in the morning while the radio was playing? Did it sound repetitive and generally uninspiring? Then you where listening to minimal; the worst kind of minimal. I’ve had several near-accidents due to those shows, so no wonder minimal wasn’t my best friend.

Luckily, after minimal track selection, a minimal number of tracks containing good minimal and minimal-trance like tunes was selected. Mixing was good, some epic transitions here and there.

My first dance mix. Made back in 2003 with cut-and-paste audio editing software, a few Klubbheads Desire CD’s and a simple headphone. I remember creating this in one weekend, in 35 hours, with a classic version of iTunes/Amadeus Pro on my iMac DV 400mhz. Those where the days, it got the job done.

When “releasing” this track, I got massive positive response from friends to people I didn’t know. One guy used to play this every day on his way to work 😀 ha, thats’s awesome. So without further a due: clicky! 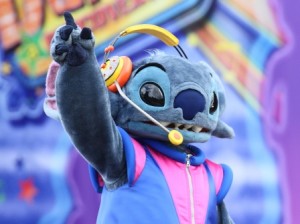 A selection of the finest tracks from “Techno Trance”, a Dutch compilation CD from the 90’s. In contrast to previous mixes, this one is pretty good and mixed pretty fast. I played 25 songs in about 45 minutes, which is nice for this genre. Also mixed without removing the headphones from my head while continuously on the edge.

Actually I had to mix this one twice; forgot to punch in the record button the first time. Happens. Anyway; imperfection and improvisation is part of the game. Enjoy this one.

If you’ve got suggestions for next weeks mix, let me know. Playing different genre/style every week.

I just finished mixing together a fine selection of Happy Hardcore tunes. Happy Hardcore from around 1996, in the Netherlands, so not UK Happy Hardcore. Preventing myself from playing track you might not know, I selected a lot of popular ones; which makes mixing difficult since most of them are 3-minute radio edits. But I made it trough perfectly, given some clashing melodies minor glitches. The mixing is better than the previous set; tighter and, in the end, even with some minor scratching and fiddling. Follow the stitch liveshows on twitter: http://twitter.com/stitchliveshow

What will the track selection for next week hold?

This is something I mixed in 2003, my third mix ever. See below for the story and playlist. Enjoy.

In 2003 I started practicing with digital mixing. Since I didn’t know that there where specific apps like Acid and Logic I used Amadeus II to do the work. This app is similar to Cooledit/Audacity. It is only possible to perform destructive audio editing; thus manipulating sound directly. Pitching songs to the right tempo was a pain; I developed a formula to perform quicker beat-matching but still it would take some time to get it right. Transitions where build by copy-paste tracks over each other, sometimes with some fade-ins and fade-outs. Although mixing is possible, it is not possible to go back and change parts of the mix. With an undo space of 30 edits the rule was simple; once pasted, cannot change it.

It might sound outdated; the computer used for mixing was an iMac DV 400 mhz, with a 13 gigabyte harddrive. The tracks where taken from my CD collection, specifically from the Turn up the Bass cd’s. To speed up working the audio was in aiff, but the resulting mp3 was of low quality. As you might notice, all tracks have a nice party atmosphere; but it’s a poorly built set. That being said; its a fairly decent mix and if you’re a fan of hiphouse and the sounds from the good old days you’ll probably appreciate it.

Since editing and mixing took so long, the mix was never finished.

Thanks to Discogs for the covers in the video.
In 2003 I started practicing with digital mixing. In those days i didn’t knew about software like Acid and Logic. This was the third mix I made, and was mixed using Amadeus II; a destructive audio editing app for manipulating sound directly. The songs where pitched manually by a formula for manually pitching up/down songs, fitting them to the 4-bar speed of the target mix. I created my own formula for doing this, but still it would take some time to get it right. The tracks are copy-pasted over eachother, with a limited undo space of 30 edits; once pasted, you cannot change it.
The computer used for mixing was an iMac DV 400 mhz, with a 13 gigabyte harddrive. The tracks where taken from the Turn up the Bass series. There is not much set-building and most of it is mixed using copy-paste transitions. If you’re a fan of hiphouse and the sounds from the good old days you’ll probably can appreciate this mix.
Before you start to wonder; the mix was never finished due to the time it took to mix things together.
Length: 9:21
Finished on:  May 1st 2003